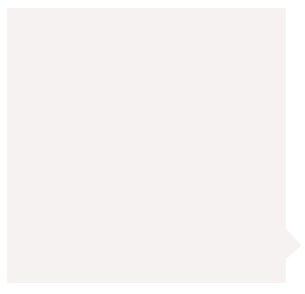 Erasmus School of Economics in numbers 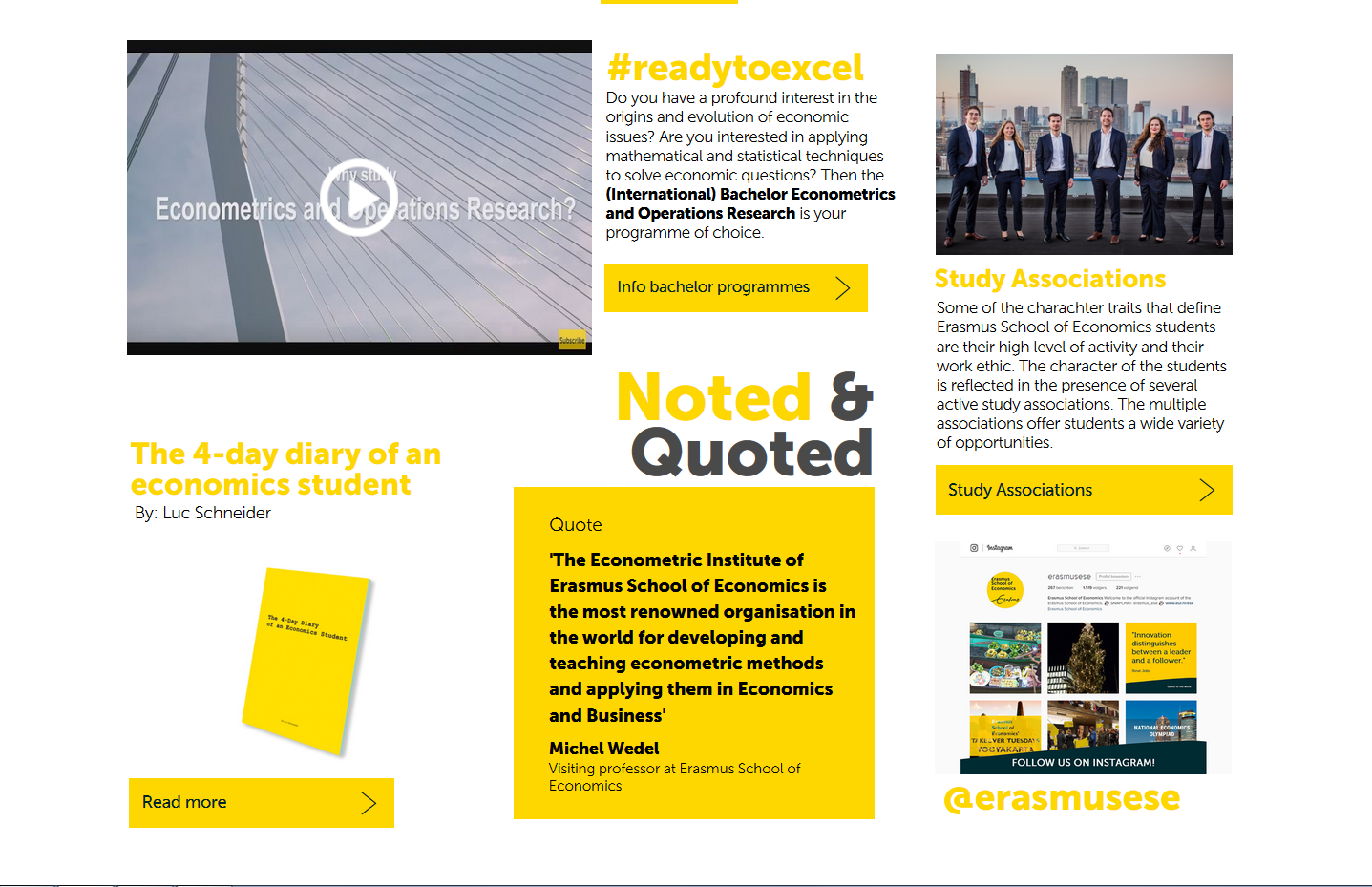 In collaboration with: Rotterdam Topsport

If you play sports, you will have to push boundaries to get ahead. And what better place to do so than in the sports city with ambition: Rotterdam, a great city that is always on the move and has proved again and again that a clear objective is all you need to attain your goal. This characeteristic drive and ambition make Rotterdam a popular host city for major elite sporting events and it therefore should come as no surprise that the 36 sporting events Rotterdam hosts attract more than a million visitors every year.

For years Rotterdam's philosophy has been 'out of the stadium and into the city'. So, a pier in the middle of the Port of Rotterdam was once the location for a prestigious Davis Cup tennis court and on the passageway in front of the monumental cruise ship the SS Rotterdam rose a beach volleyball stadium. Even though these are unexpected spots to experience sports, the locations were enthousiastically received by both athletes and visitors. This tradition of placing sports arenas in the city centre has been widly successful, but organising those events also comes with practical challanges. Take the Rotterdam Marathon, which is organised every year in April, during which the city centre is lockdown for an entire day. The citizens of Rotterdam do not see this as a disruption, but as a reason for celebration. On such days every resident is inspired by sports.

Rotterdam and sports go hand in hand. The city houses three major football clubs: Feyenoord in the South, Sparta in the West and Excelsior in the East. However, Rotterdam does not only offer something for football fans. The most successful field hockey club of the city, HCR, is located in the North of Rotterdam. And there is more, such as the Willem-Alexanderbaan, an internationally acclaimed rowing course, and a baseball stadium at which international tournaments take place. Furthermore, there is a large indoor events arena, Ahoy Rotterdam, in which each year the ABN AMRO World Tennis Tournament is held, where players like Roger Federer pass by. Recently it housed the World Short Track Speed Skating Championships. The city also has a big indoor sports centre, Topsportcentrum Rotterdam, for sports like volleyball, basketball or handball. Rotterdam thus offers elite athletes a world-class stage.

Next to these more conventional sports, increasing attention is being paid to urban sports like skateboarding and BMX. These spectacular sports can always count on much attention from the public. In the past, unique events were organised, which turned the city upside down, such as the Red Bull Air Race and Formula 1 event, City Racing Rotterdam. In contrast to these explosive sports, Rotterdam is also the home of CHIO, the biggest international outdoor horse event in the Netherlands. This event is the oldest international event of the city, which takes place in the Kralingse Bos during the summer.

The whole year around, you can find sporting activities or events in Rotterdam, that suit your preferences!

Rotterdam is a city unlike others because it carries an atypical past. The 1940 bombardment and the fire that followed razed the inner city to the ground, while putting an end to the livelihoods of too many. Because of the bombardment Rotterdam had to be built from scratch again to what is now the Dutch capital of urban design and architecture.

Scattered across the city, one can find traces of pre-bombardment landmarks. However, the street view is mostly characterized by modern architecture.

In memory of the bombing of Rotterdam, Gers!Magazine Rotterdam presented a short and powerful film portrait to commemorate (the dead), to honor (the reconstructors) and to celebrate (the city of Rotterdam).

Savory & Fruity: Do you want to enjoy a savory breakfast, with eggs and avocados? Or do you like yoghurt with fruits? Do you like your breakfast to be organic, vegan, vegetarian or gluten-, lactose- or sugar-free? Then Bertmans (Zaagmolenkade 15 and Karel Doormanstraat 292) is the place for you! All their special and exciting dishes have nice prices, and their portions are substantial. So, it is guaranteed you will not leave hungry!

Sweet: Do you prefer a sweet breakfast? But do you also want to stick to your healty eating plan? Go to SUE (Karel Doormanstraat 372-374)! SUE is all about 'sweet without sugar', so their sweet and delicious cakes are all sugar-free, lactose-free, gluten-free, raw and vegan. A healthy lifestyle certainly does not have to mean that there is no room for a sweet appetite. SUE will prove it to you!

American: Do you like an American style of breakfast? Do you want to have American pancakes or waffles, together with a cup of American coffee, poured in a cup for you by a beautifull and cheerful hostess? Then you should go to By Jarmush (Het Industriegebouw, Goudsesingel 64), the new restaurant in the Industrial Building. Even though it is still new, it is becoming one of the most popular breakfast-restaurants of Rotterdam!

Pizza: Do you want to eat the ultimate Neapolitan pizza? Made with high-quality ingredients such as mozzarella from Agerola and baked in a massive pizza oven specially imported from Naples? Then Old Scuola (Achterklooster 1) is the place to go! Besides pizza's you can enjoy many other delicious Italian dishes here.

Culinairy hotspot: Do you want to have dinner at a large food market, where only fresh and hand-crafted dishes are served? Do you want to eat while shopping, learn how the dish you eat is prepared and experience traditional flavours? Then the Fenix Food Factory (Veerlaan 19d) is your place to be! Do not forget to look at the calender of the Factory before going there, because they also host many food truck events!

Burgers: Do you want to eat burgers but are you actually vegetarian? Or do you prefer a 'lighter' or 'cleaner' version of the classic hamburger? Then Burgertrut (Delftseplein 39) is the restaurant you should go to! It is the original pioneer in Rotterdam when it comes to homemade veggie, vegan and organic beef burgers. Traditional with a twist it is!

Summer vibes: Do you want to drink cocktails in a neo-tiki bar, inspired by the American tiki-bar's of the 30's? Do you want to sit on bamboo chairs while sipping your cocktail, be surrounded by flowers and feel as if you are on a tropical island? Then Amehoela (Mauritsweg 33) is your cocktail bar! Hungry as well? Amehoela also serve tropical street food, inspired on the food culture of among others Mexico and Havana.

Mysterious: Do you want to drink cocktails in an atmospheric townhouse, on a location which you will not know until you make 'an appointment'? Do you want to be healed by beautiful drinks? Then go the the Dr. (Secret address)! The Doctor is something of a cocktail specialist, with an exquisite bedside manner. His drinks are beautifully executed complex and layered creations, but the Doctor is itinerant. So, make sure you'll make an appointment.